Enhance the way your kids play and learn while prepping them for the future to come. 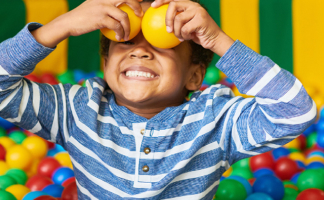 Enhance the way your kids play and learn while prepping them for the future to come.

Hands-on blocks that enhance the way kids play, learn, and create with tech in school and at home

Every era has its own requirements for its people. In the past, it was of immense value to be able to survive. Survival skills got you far, while theoretical knowledge didn’t have much value. Later, memorized theoretical knowledge became the most-prized intellectual possession, seeing as there wasn’t an effective means of storing and transporting it other than in books or in your head. In the 21st century, however, and in the time leading up to it, we’ve undergone a significant transformation. The result is a brand new set of requirements for what it means to have 21st century skills.

No longer do we have to carry things around in our head – we can effectively store them on clouds, microchips, or in vast databases. The key skill today is not to memorize facts, nor to flaunt others with our skills to fight a bear or a wooly mammoth. It is in fact something else entirely. The 21st century requires us to have skills that allow us to use the quantities of information readily available at our fingertips effectively and purposefully.

Here is a list of 10 key 21st century skills no one should go without. (including adults)

Knowing how to talk doesn’t mean one also knows how to communicate effectively. To communicate effectively, one must be able to, first of all, listen and then to empathize with what is being said and where the person saying it is coming from. At a time when people are mostly trying to be right, this is an overlooked skill. The point of a debate between two people shouldn’t be to win, and to determine who is right and who is wrong, but instead, to learn and broaden one’s horizons. A collaborative mindset (and with that, collaborative activities) are some of the best ways to achieve this.

The importance of communication skills shows why collaboration is the second 21st century skill of huge value. Cooperative games, discussions, seeing one another as a partner rather than as competition – this is something we’ve discussed on our blog: this can be best achieved by teaching children to listen, negotiate their roles, recognize each other’s qualities and assign roles according to their respective strengths and weaknesses. In adulthood and older childhood, group projects (whether fortunately or unfortunately) are going to be a substantial part of everyone’s life, and learning to manage this to a high degree of effectiveness and satisfaction, while all those involved get the chance to flaunt their strengths and talents, is a skill everyone can use.

If you’ve already resolved to teach your kids and pupils to code, but are struggling with the best way to keep your teaching interesting and their attention at its peak, we’re here to save the day! Here are our attested 10 best resources with STEM projects for kids, from the simple to complex, but first and foremost, always fun.

STEM, which stands for Science, Technology, Engineering and Math, is an interdisciplinary field that encompasses all of the essentials one needs to understand and grapple with our modern world of technology and smart systems. Increasingly, it’s becoming a staple in education worldwide, because we’ve realized how vital it is to teach the basics of STEM early on, making sure they stick and provide an advantage on the job market of tomorrow for the kids of today. But teaching STEM (or STEAM, as it’s often referred to in order to include Arts) can be challenging, because it is new. We have compiled the 10 of the best resources with STEM projects for kids that you can use as a teacher or parent.

Teach robotics in your classroom

Benefits of RW for learning and teaching robotics

Over 500 schools worldwide use Robo Wunderkind to get creative. From kindergarten to middle school, these smart blocks will prep kids for what’s to come beyond classroom doors.