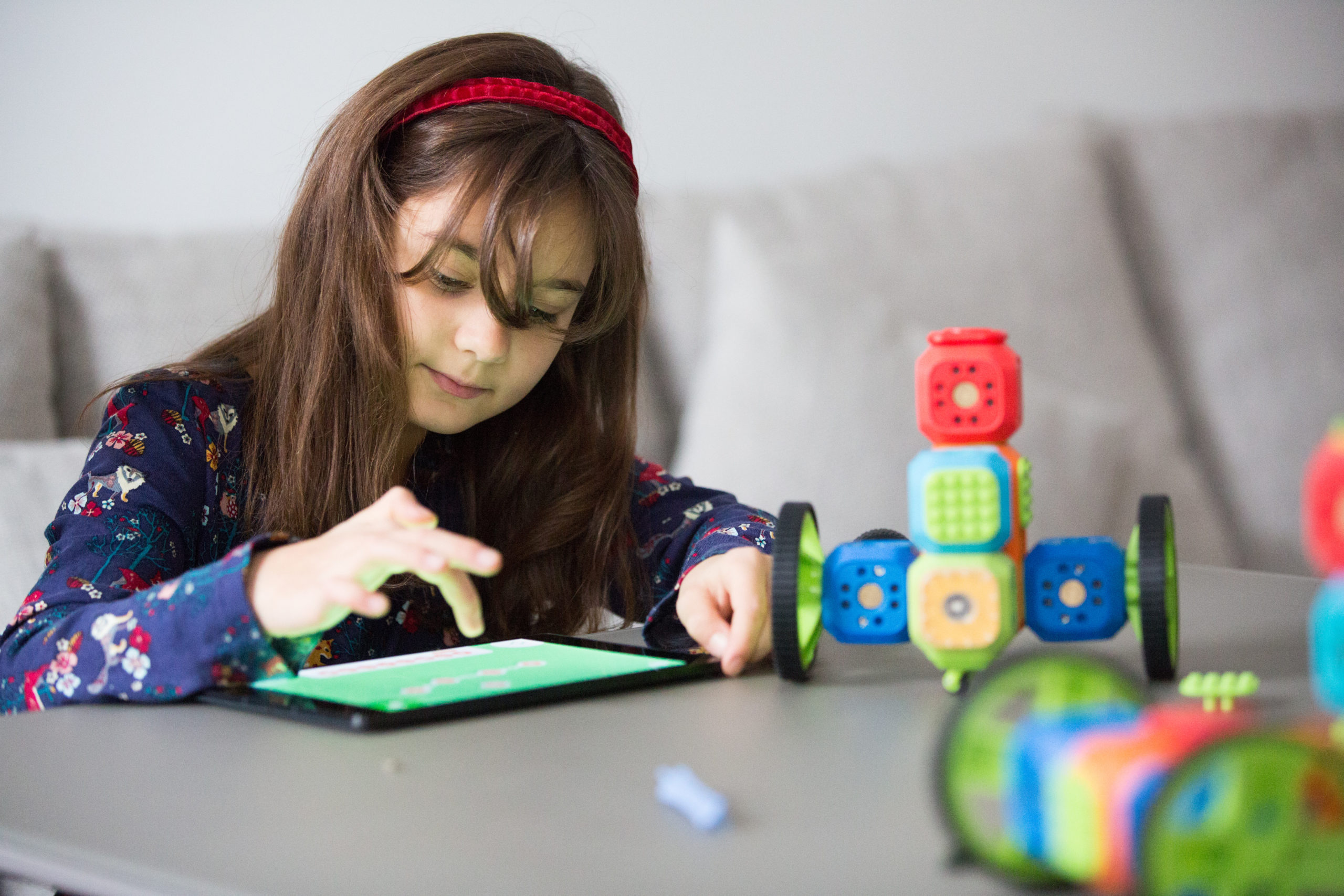 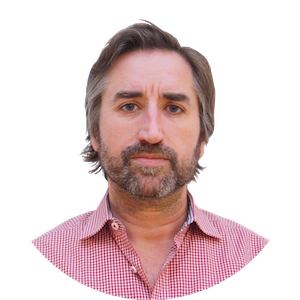 Coding and robotics are both interdisciplinary fields that could not exist on their own. They complement each other with other scientific disciplines (math, science, engineering) but also with non-scientific soft skills you don’t exactly learn as separate fields at school. Learning to code for children is thus not just an investment into their future (possibly) STEM career, but a well-rounded education to make them a better, more confident, and persevering working partner who isn’t afraid to express their ideas and think outside the box.

Read our top 10 skills children can learn through coding and see how programming helps kids to develop a versatile set of skills that are useful in all areas of life.

The reason to support children in thinking independently is plain and simple––we don’t want them to feel lost as soon as they leave our sight, we want them to be resourceful and ingenious instead. Learning to code challenges children with unknown tasks that they have to employ unexplored brain synapses to complete. Performing such tasks repetitively in a play setting teaches them that they can easily figure out solutions to challenging tasks on their own. If you ask them to explain their solution back to you and argue why it’s the best––even better. Don’t be afraid to lead them to question your authority (when it comes to coding solutions). Support them, exchange arguments (playfully). Their imagination at a young age is so vivid and boundless that they can easily surprise you with just how ingenious their solutions can get.

2. It gives them a sense of empowerment

One of the most empowering things in the world is a good education. As parents and educators, we’re in a unique position where we can model this education in a way that yields the best possible results. Lessons that circle around coding are usually done in groups of children who work at a task together with their STEM tool of choice. When learning to code, children, not only learn that technology is also just a tool they can engage with and help create (instead of being afraid of), but they also learn to collaboratively express and present their ideas in a group setting (friends and educators), make their own choices, take risks, find their own way (solution) and listen to others. The result is a sense of empowerment of the self as well as of technology.

For ages, the prevalent notion was that creativity is something we were born with at a given dose––one simply either was or wasn’t creative, and there was nothing to do about it. The good news is, this notion is false, and creativity turns out to be a skill one can master at a subconscious level under the right stimuli. One such stimulus is coding. Creativity is essentially the ability to switch between two operational modes of the brain, close and open. Close is where we take quick decisions to tackle critical situations and open is where we receive, explore, and relax, also called the playful mode. When learning to code, children need both and need to switch between them efficiently. A good and playful STEM tool like Robo Wunderkind leads them to become at home with both modes, active and explorative. The result is a mutual exchange of ideas and practices that trains the flexible use of creativity for tasks to come.

4. Learning to code can even improve children's communication skills

Looking for solutions to a problem via coding (perhaps surprisingly) involves a lot of communication. When children work at a coding task in a group, which they usually do in an educational setting, they have to present, defend, communicate and explain their ideas to their peers as well as to their teachers. This leaves a lot of room for them to train their communicative and argumentative skills that they can, later on, use and elaborate in many other spheres of life. Read more about cooperative play in our previous blog post.

Our coding lessons are built on cooperative play––a concept that teaches children that their peers are friends and colleagues instead of competition and that by constructively joining forces to come up with the best project or solution, one achieves a lot more than by competing at it alone. While this technique requires a lot of maturity, it comes with a lot of added benefits––such as the ability to negotiate, assign roles (by identifying each other’s strengths and weaknesses), resolve potential conflicts, and to share. It goes against what children are typically led to do in a school setting, which is a shame, but is all the more productive.

A method that, despite the name, doesn’t only apply to designers. Design thinking includes the dissection of a problem into smaller parts, brainstorming to address the best solution, testing to see what works best, and choosing the most effective and delightful solution based on both its functionality and popularity among the people it addresses. Coding encourages design thinking by asking for solutions that are not perfect, but effective and easy to implement. As the target group of coding solutions changes, so does the nature of an ideal solution. Children who start learning to code this early on via play learn how to adapt to their potential target group and effectively address their issues, offering a delightful solution.

7. It is a major confidence boost for kids

Presenting one’s ideas in front of a group of peers, teachers, or even parents takes some courage. It takes trust in one’s own ideas (built through empowerment in one’s skills), the ability to communicate well, a thorough understanding of the given problem (taught by design thinking and creativity) and knowing that one is indeed able to achieve their own ideas (independent thinking). If all of these skills are encouraged, there is nothing stopping children from confidently addressing their assigned tasks and working hard to complete them. Coding is, simply put, a confidence boost built on a trust in one’s own skill set.

Giving up on tasks that don’t seem to be solvable is easy if one sees problems and obstacles as something negative. What coding does, however, is flip this concept around and teaches children to instead view problems as a challenge, and an exciting one at that. Coding is, after all, all about finding solutions to functional problems. The real-life nature and applicability of Robo Wunderkind lessons, paired with the fact that we let children find the solution on their own, allow children to see that these challenges they face are simply a part of everyday life–– manageable and to be faced head-on. And that while not knowing the answer is normal, it’s not a reason to give up, but to try, try again.

9. Computational thinking is another major benefit

Indeed, learning to code involves learning from computers. The algorithmic approach a computer has to problems involves steps like decomposition of a challenge into smaller pieces, looking for a pattern between these smaller bits, the abstraction of the pattern to identify its common principles and filter the unnecessary, and lastly, the designing of steps to address the problem––creating rules, insights, and principles. It’s easy to see how this can be applied to not only coding but to any analytical problem-solving activity one faces in life.

10. Learning to code helps children to reject stereotypes in the young age

Introducing children to coding early on in an educational setting helps reduce detrimental and unnecessary stereotypes––such as that coding is only an activity for boys and not for girls, that it’s uncreative and requires one to be a secluded introvert, that it’s boring, difficult, or anything else you typically hear. Being exposed to the fun and creative solution-finding business that is coding defies these stereotypes and instead teaches children that literally anyone can code. And that opens up a whole new world of playful fun, future professional prospects, and insights into technology that truly make one a citizen of the 21st century.

So while coding is definitely the skill of the future, it’s not just that. Coding also comes with the added benefit of universally appraised soft skills needed not only in school education, but in all other areas of life like work, personal relationships, and so much more later on. True, coding is an education––but an education that encompasses far more than just lines on a screen. Take a look at Robo Wunderkind and see how our programmable robotics kits not only teach children to code, but empower them to pick up plenty of other critical abilities. 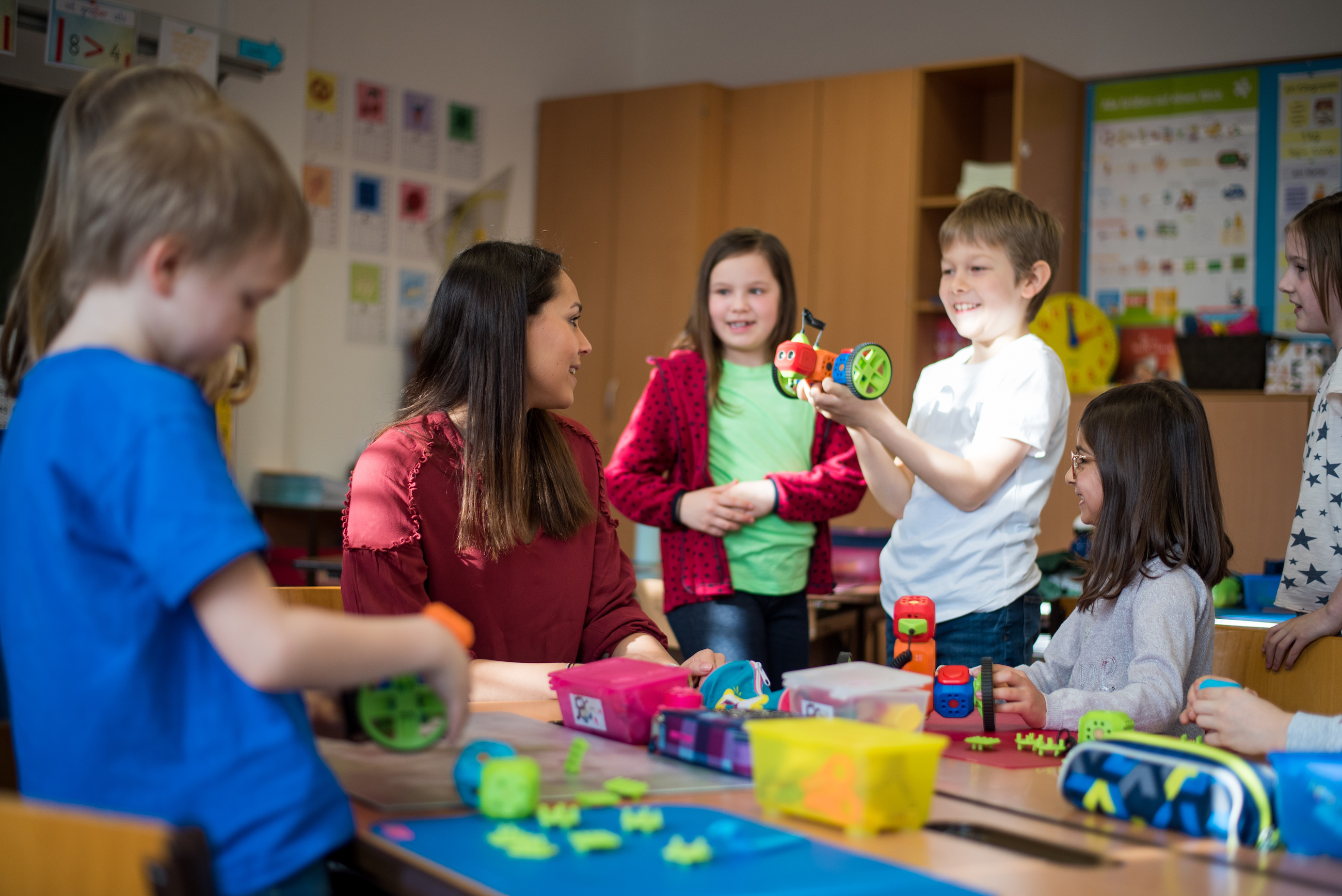