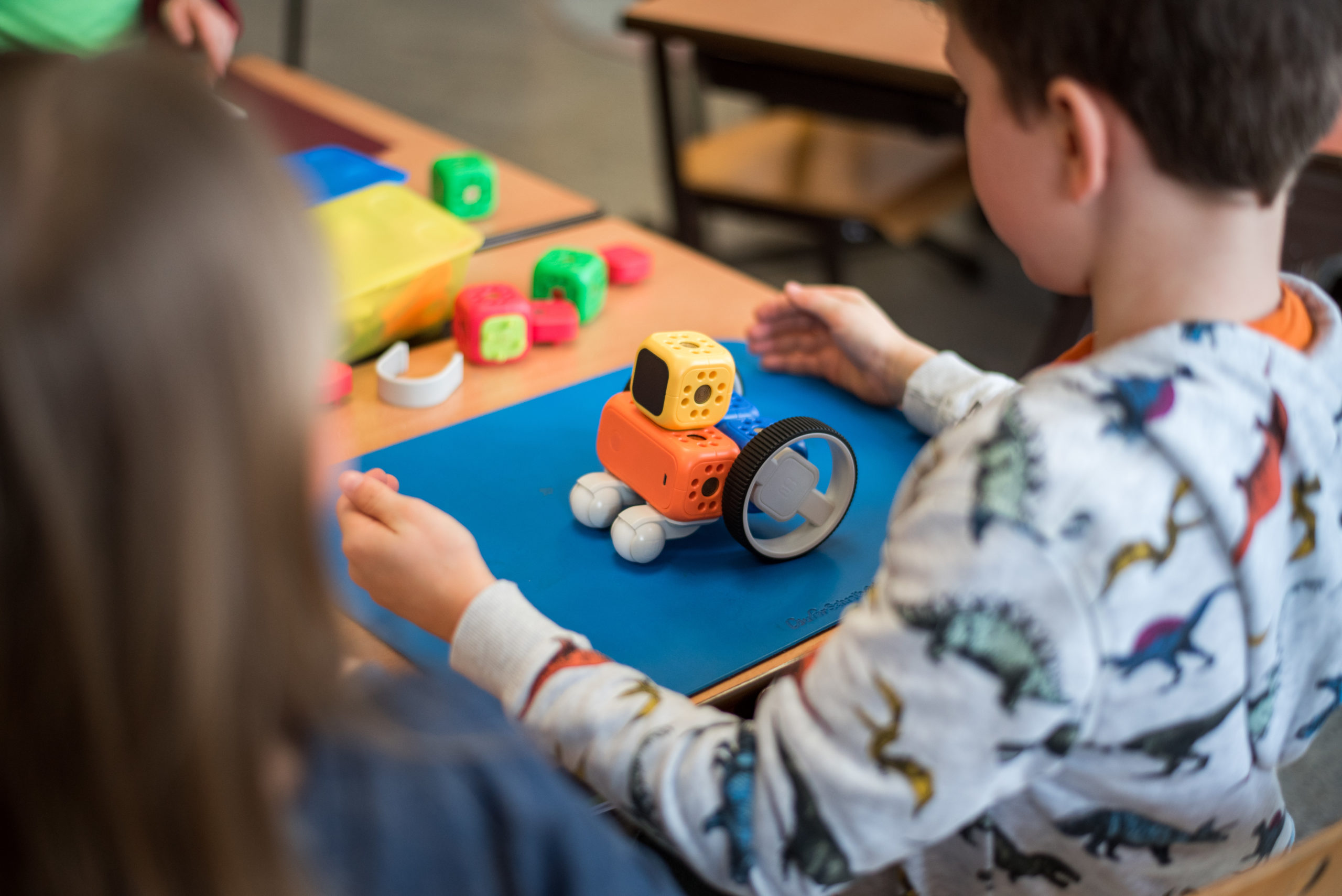 Robotics for Kids: 7 Reasons to Consider Introducing It to Your Children 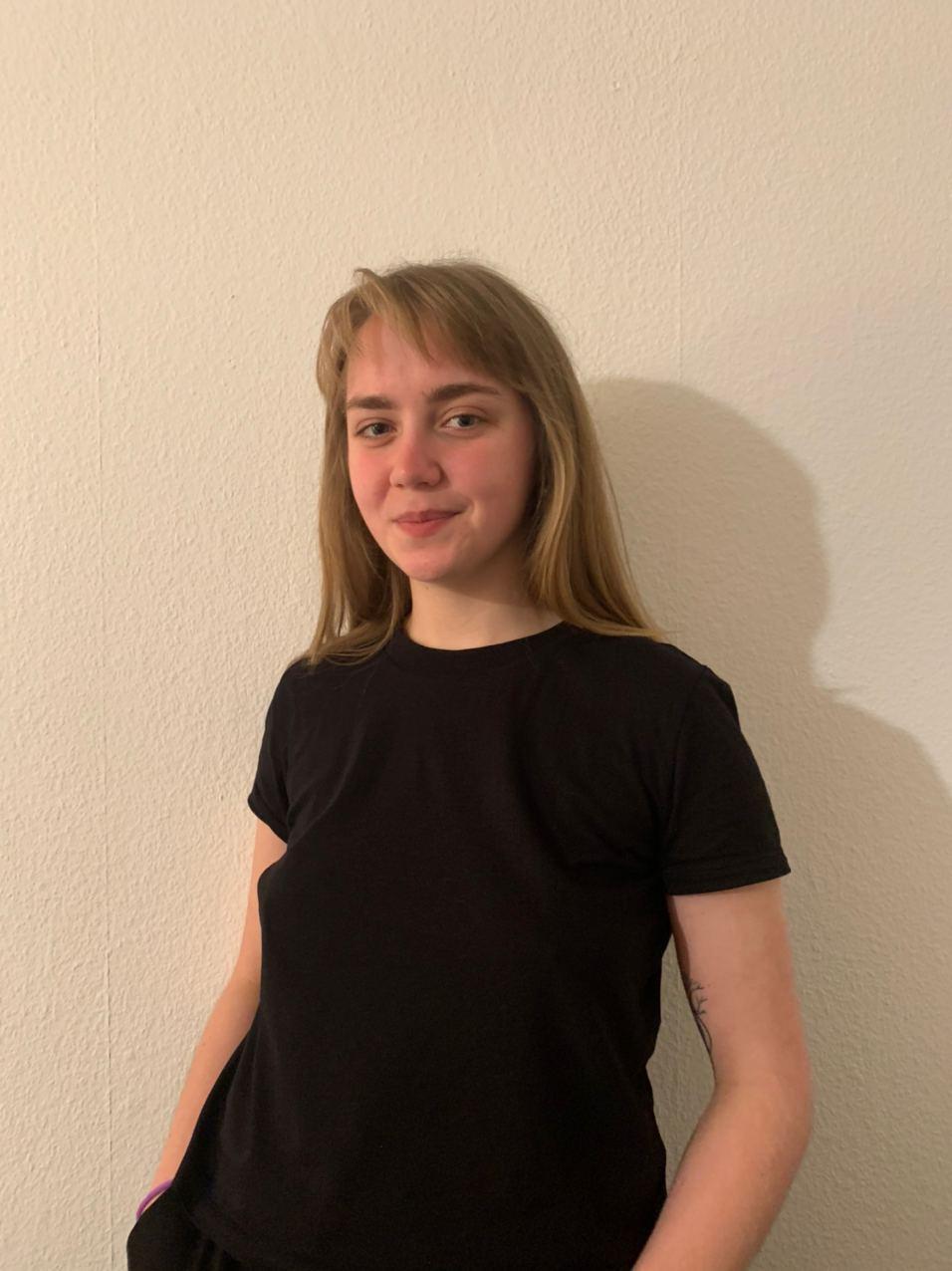 Robotics seems to be all the rage these days, both in the professional sphere as well as in the classroom. There’s a good reason for that, in fact, there’s a whole lot of good reasons for that. Robots are the future, that's why robotics for kids is getting to more and more classrooms and homes. Get aboard the train to tomorrow, and find out how technology and robots are going to shape your children’s life.

To begin, let’s first explain what the term robotics means. Robotics is an interdisciplinary domain studying robots, in which engineering, technology, and science intercept. The end product is a robotic machine that imitates human behavior or carries out commands given by humans (through code). To excel at robotics, one must have the basic idea of engineering (how to construct the physical robot), technology (to understand how its individual parts work), and programming (how to program its functions).

Now, this might seem overly complex, and at the highest (professional) level, it sure can be. But robotics is not just a professional field anymore, meant for the brightest science geniuses who think beyond the borders of what the rest of us can even imagine. Robotics is a science that has entered universities (growing in popularity with every year) and even primary schools. In other words, it’s a set of skills children as young as 5 can start mastering.

Here’s our case for why robotics for kids is so important and why your child should definitely join this trend.

Robots are our future

And not just our future, but the future of the job market. Don’t take this as some dystopian vision, but as an exciting reality. Robots and AI (artificial intelligence) are already being used in such diverse fields as medicine, manufacturing, transportation, exploration (from space to conflict zones), computational and analytical tasks, domestic work, GPS, and many, many more. Their use will only increase exponentially with time.

Instead of taking over our jobs, however, these robots, AI, and their increasing use are creating a whole new job market. Their emergence is therefore not a threat, but a priceless opportunity. Robots and AI need to be designed, manufactured, programmed, maintained, updated, and constantly improved. This is where your child might come in. Such jobs can only be performed by people who understand robots, engineering, coding, and mechanics. Such versatile jobs will not only be in high demand but also well-rewarded. Teaching robotics for kids early on is, therefore, no less than a smart investment in their future.

With robotics being an interdisciplinary field, one does not simply learn robotics by learning robotics. On the contrary, one also dips their toes into the fields of science (esp. physics - speed, movement, action-reaction, force, etc.), math (i.e. if we want a robot to walk a certain distance in this many instances, what distance should it move in one of the instances?) and engineering (building and constructing things, learning how they work together, what mechanical components it takes to make a practical function possible, etc.), design (designing your own robot in a way that pleases the eye and fulfills criteria of functionality is both an artistic and design feat).

All of these fields and concepts are inherently challenging even for an adult, let alone for a child. But when they’re taught via a toy and play, they become less of a lesson and more of just a natural thing. Like learning a language without focusing on its rules and grammar, just by simply immersing oneself in its culture and finding out, weeks later, that it’s seeped into one’s brain quite naturally. This is precisely how the aforementioned scientific concepts seep into children’s brains while they learn robotics. They might not even realize that they understand them, but they indeed do and will make use of them once they need to––for instance, in a physics lesson in school.

Robots operate based on commands, which are usually coded in advance––unless they’re being controlled in real-time. But even then, they would have to be pre-programmed to be able to perform certain functions at the pressing of a simple button in real-time. Thus, robotics and coding go together like peanut butter and jelly, like vanilla and chocolate ice cream, like children and play. One can hardly exist without the other, which is why robotics is such a good discipline to make coding a tangible and easily comprehensible concept for young kids.

Robo Wunderkind, as an example, is a tool that teaches both coding and robotics for kids simultaneously and at different difficulty levels, making both concepts comprehensible at every step and opening them up to STEM at a rate that they can manage.

Robotics is an interdisciplinary field, as established above. But rather than only being an umbrella discipline for several sciences, it also teaches and encourages soft skills seemingly unrelated to STEM. Here are just a few:

Design thinking: the above-all effective solution-based approach to unfamiliar problems that teaches flexible perseverance and patience, accompanied by analytical thinking. Design thinking is a skill that can be applied to virtually any sphere of life. What’s more, in the case of robotics, solution-seeking is related to a result that is a tangible product, making the process of creating a solution easier to imagine.

Creativity: creativity is a skill you can train best by switching between open and close modes in your brain activity. Robotics and programming is a skill that allows for both modes - both the more explorative and playful (open) one, as well as the more rigid and tunnel-visioned (closed) one. Play-based learning is actually one of the best ways to train these two modes.

Confidence: creating something of your own, something that works to your liking and that you designed with your ingenuity, is an incredibly empowering feeling––we’ve seen it first-hand on all the kids who play with their Robo Wunderkind sets. Robotics education for children is done in a form that encourages questioning and interaction between the teacher and pupil and welcomes the pupil’s own perspective to their task. (Rather than just a form when the teacher speaks and the pupil diligently listens.)

Teamwork: children collaborating on a task with all their different perspectives and approaches to a problem is one of the best ways to learn respectful teamwork. In our curriculum, we encourage pupils to collaborate with one Robo Wunderkind set, which leads to faster achievement of their goal and, not surprisingly, more fun than playing alone. It also teaches children (with perhaps a bit of oversight and guidance) to express their opinions respectively, to discuss their ideas, and to test each of these to see which one best addresses their problem.

Playing with robots stops kids from ever saying: "I don’t understand technology"

It’s safe to say we’ve all witnessed a child dissuaded by a lack of immediate results in a new activity go––I don’t get it!––and give up on their task. This type of frustration is normal, but what robotics teaches kids is to be excited and propelled ahead by the unfamiliar and unknown, instead of getting frustrated. The prospect of solving an unknown task is what drives people into coding and robotics, and soon enough, the concept of a task being ‘unsolvable’ becomes obsolete. As such, STEM activities turn frustration into curiosity and, eventually, innovation.

Understanding robotics brings kids back to the physical world

Many parents these days are concerned about the time their children spend online and in front of screens––to some extent, this is reasonable, but with robotics, one needs not to worry. A real-life robot teaches children to interact with the physical world just as much (if not more) as it teaches them to prepare the code needed to run it. What’s more, the code here is used to complement the real-world existence, to offer opportunities reflected in the physical result, and to allow abstract technology to converge with one’s real-life experience.

In other words, a robot allows ‘invisible’ technology to materialize in a physical object, bringing it so much closer to children and their understanding, and in return, bringing them closer to the physical aspect of the creation of new technology.

Robotics is so much fun for kids!

Perhaps it’s unfair to include the most important factor at the very end, but indeed, robotics for children is mostly about the joy of creating something new and unforeseen, the suspense of seeing whether it will turn out to be functional, the excitement at seeing one’s thoughts and imagination manifested into tangible reality, and the confident belief in one’s own progress. The endorphins and intrinsic motivation exuded from such creative play are not to be underestimated.

If we’ve convinced you to take up robotics in your child’s educational routine, you can always get a head start even during this period of social distancing and start teaching them at home. Take a look at our Robo Wunderkind robotics kits, and explore our social media for examples of the kits’ versatile application options that our small users are coming up with.