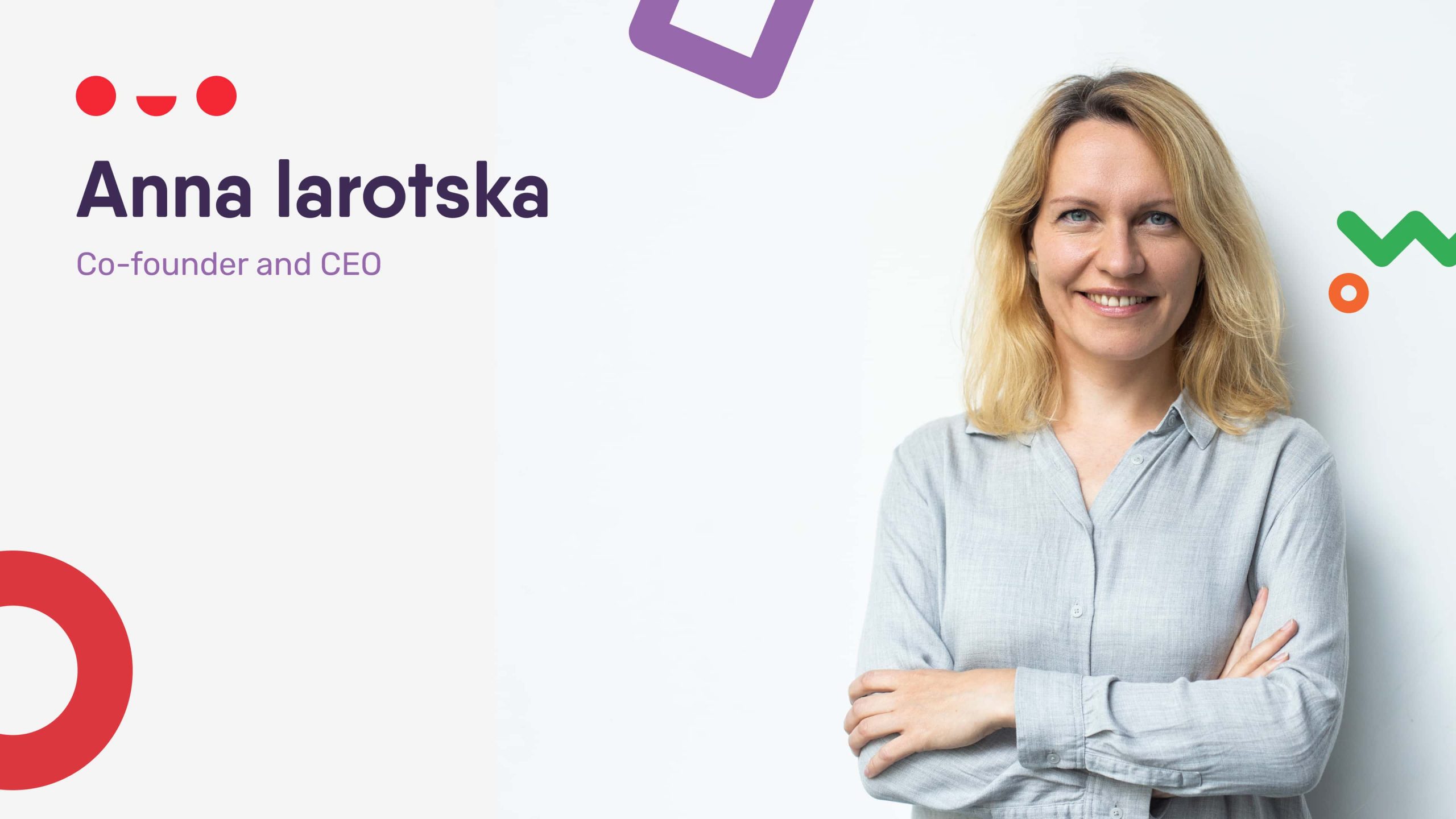 Welcome back to our second episode of RW Field trips, where we talk to educators, parents, and tech professionals around the globe about their coming-to-be story and the future of education.

In this episode, we met Anna Iarotska (AI), the founder of Robo Wunderkind, for a virtual coffee. We talked about her wide range of experiences and how these helped her gain the confidence to be the leader & founder she is today.

What was your favourite toy or game you played when you were a child?

AI: Growing up in Ukraine (ex-Soviet Union), I didn’t really have that many toys.  I grew up in the countryside with my grandma who had a lot of animals. We had cows, pigs, rabbits, chickens, turkey, bees, 3 dogs, cats, and so on.

My favorite electronic toy I had while growing up was this handheld console Electronica IM-02.

When you were a kid what did you want to be when you grew up? And why?

AI: I wanted to be in business. That’s because my uncle was a role model for me and he was a very successful manager in Moscow. I saw that success and thought “I want that type of success.” Growing up I didn’t have any entrepreneur role models. I didn’t even realize that it is something you could be. That’s why role models are so important for kids, they show them what is possible.

AI: I focused on English, math, and literature. I always loved reading. I finished the first War & Peace in just 4 days (over 1.2K pages)! Overall I found school to be not that challenging for me. That’s why in my last year of school I basically stopped going and just worked with a tutor at home to prepare for my university entrance exam.

Is there something you’d change about your childhood education?

AI: If I was a child now, I would want a mix of offline and online learning. Children often learn at different paces, which is why it's hard for schools to keep every child engaged. Back in the 90’s I didn’t internet at school. Now children have the possibility to learn at school and be able to advance their knowledge via online schools. I believe the mix for the two (social interaction at school mixed with advanced learning online) would help children stay engaged.

Tell me about your university studies - what was your path like?

AI: I started university in Ukraine, and decided to do an exchange year. I went to Germany to learn the language and there is where I realized maybe my university in Ukraine wasn’t challenging enough. I decided to go to the Vienna University of Business. At the time there was a program there that was designed by companies who needed eastern Europeans to employ in order to manage their investments in eastern Europe. Due to the practical knowledge of this course, I was hired right away by a consulting company. From there I did 4 years in investment management. It’s in this job I realized that the traditional corporate ladder wasn’t for me. I decided to take an education leave and went to the London School of Economics (LSE). I wanted to answer a long-held question of mine: Why did eastern Europe countries after the Soviet rule develop so differently? This program (Development Management) covered all topics about how to stimulate growth not only in companies but cities, regions, etc.

After LSE, what was your path to founding Robo Wunderkind?

AI: After LSE, many of my peers got jobs at the United Nations. I started working in Georgia working on a development aid project. It was an amazing experience but helped to show me this wasn’t my path. I decided to move back to Vienna and saw that there was a growing startup community. I remember thinking to myself that this could be something I could explore. I joined Impact Hub and did consulting for a few startups, then helped out on the speakers' team at the Pioneer Festival (tech & innovation festival in Vienna). At the festival, I was inspired by the new kinds of innovation and realized how many possibilities there are. This festival is also where I met my co-founder, Rustem Akishbekov. He was as determined and hungry as I was to start our own project. He had the idea of making a robot that anyone could build. I remember thinking this is a really really cool idea. After that night of researching, and seeing the growing STEM initiatives across the globe I realized we had a great idea, one worth exploring.

My journey to becoming a founder was a collection of experiences which in retrospect helped me build my skills and expand my perspective on life.

Is there anything you would have done differently on your path to being a founder?

AI: I’ve always wondered if I could have founded something on my own earlier, but I think I wouldn’t have been able to since I didn’t have the confidence. I was always focused on academic success. I wish I would have looked outside my studies earlier to join something like a debate club for example. My university in Ukraine did not offer such an opportunity and academics didn’t give me the confidence that I could make bigger things happen besides acing a test.

So what gave you the confidence to be a founder?

AI: I would say it was my experience with organizing a protest for Ukraine in Vienna. At the end of 2013 there was a protest in Ukraine; one that I felt so passionately about that I flew to Ukraine to participate. When I arrived back in Vienna, I wanted to help drive awareness of what was going on in my home country. I got a lot of attention for the work I was doing - organizing protests, and petitions - because I was very emotionally invested since I knew people who were hurt or impacted by the events. Very quickly I was invited to some TV shows. My one hour of fame was on ORF im Zentrum (Austrian primetime time show on Sunday evening). I was the only woman there, and the rest of the invited guests were 25 to 45 years older than me. I had some things I wanted to say so I ignored some questions in order to get my point across. After that, I was invited to meet with the heads of leading political parties in Austria to express my views.

It showed me that if you believe in something and if you do it with passion and of course hard work that you can bring results. It opened to me a mentality that everything is possible. I would have never thought I would have gotten on TV in prime time.

If a child told you they want to be a founder - what advice would you give them?

AI: First off if a child would say that to me I would be really impressed. That shows me that they already have that fire in them to do it.

However, I think there are a lot of kids that still don’t realize that it is possible to be a founder. If they seem someone relatable it will be easier for them. I would recommend getting involved in clubs, and activities outside of school. This allows you to get experience organizing something - whether that be a fundraising event, etc - so you can learn how to build something from zero. That's where you learn social skills, managing people which are all important skills to have as a founder.

If you could go back in time what advice would you give your 10-yr old self?

AI: That anything is possible. To be more open to different things in life and to have the courage to put myself in different situations than what I am used to. Being outside of your comfort bubble shows you different possibilities. 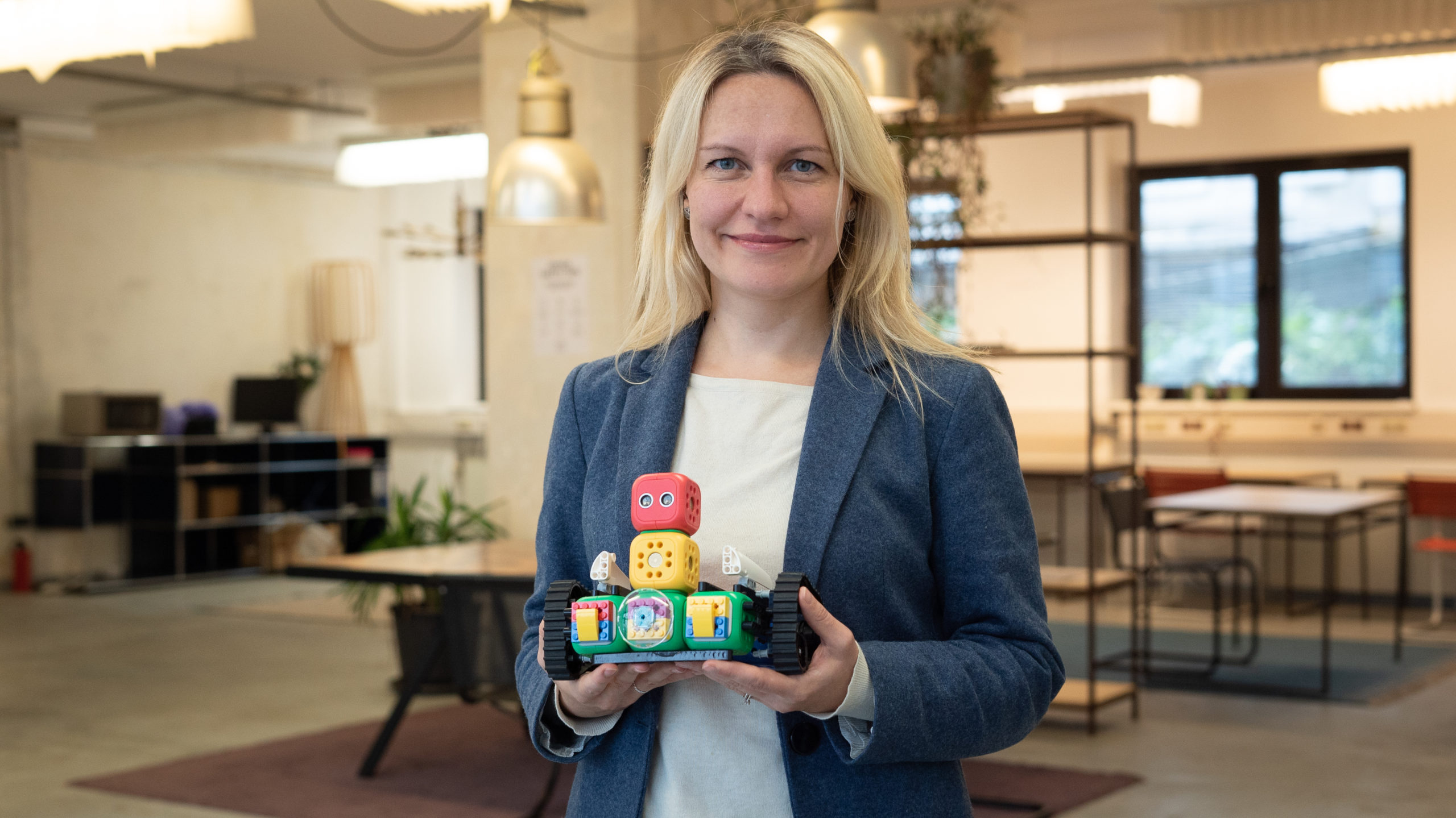 The Future of Schools

We need to modernize our classrooms and prepare the next generation to succeed in this new fast-paced world. So what is the future of schools? 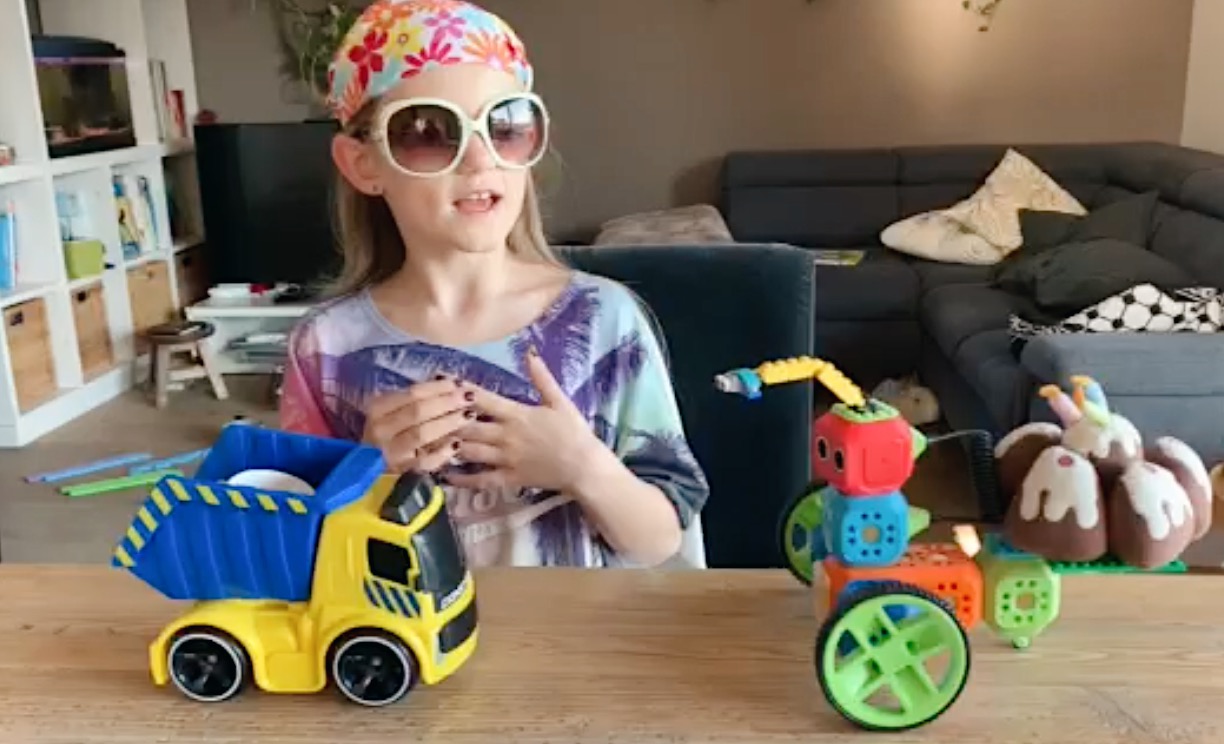 Since we launched the Makers Marathon, Carla has participated third time in a row in our #RoboMakersMarathon challenges, and each time amazes us with fascinating story-telling and execution complexity of her projects.